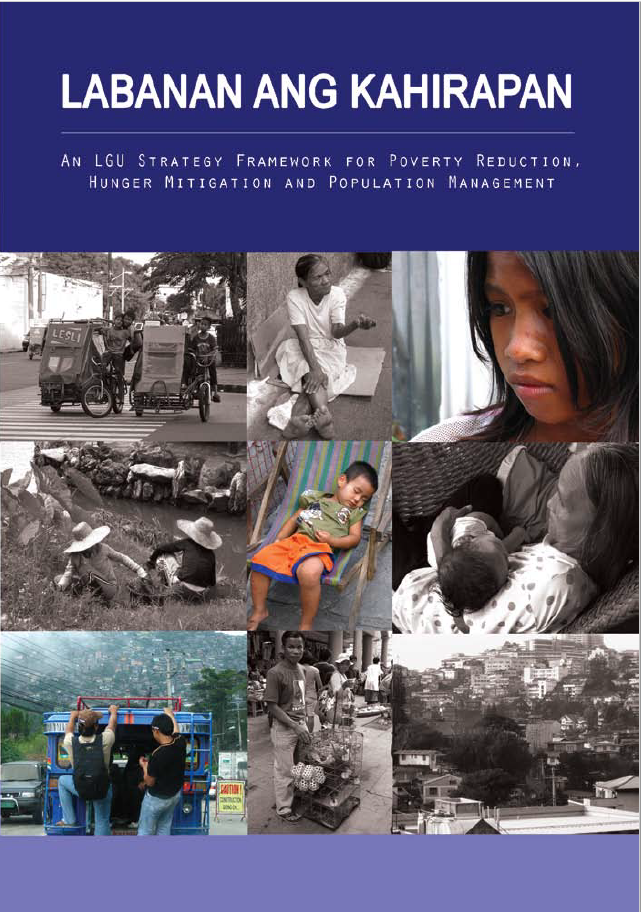 Background
The Union of Local Authorities of the Philippines (ULAP), through the ULAP Technical Working Group, has conducted consultative workshop series in Luzon, Visayas and Mindanao on the findings of the Study on Population-Growth-Poverty Nexus: Evidence
From the Philippines. With the participation of representatives from various provinces, cities and municipalities and technical assistance from the National Anti-Poverty Commission (NAPC), National Nutrition Council (NNC), Population Commission (POPCOM), Philippine Center for Population and Development (PCPD) and the Southeast Asian Regional Center for Graduate Study and Research in Agriculture (SEARCA), the consultation arrived at a consensus that LGUs shall take the lead in the country’s poverty reduction program which led to the formulation of proposed LGU Strategy Framework on Poverty Reduction, Hunger Mitigation and Population Management.

Goals and Objectives
The LGU Strategy Framework on Poverty Reduction, Hunger Mitigation and Population Management aims to (1) institutionalize a comprehensive LGU-led Anti-Poverty Program, (2) empower LGUs to directly and effectively address poverty where it is found, within their own localities, and (3) instill in the minds of program planners and implementers the need to provide added focus on hunger mitigation as an urgent initial intervention and population management as a vital tactic to help ensure sustainable development.

Specifically the strategy framework aims to: